Natural disasters can strike anywhere at any time risking people’s livelihoods and threatening growth, development and poverty reduction, especially in the most undeveloped regions. Preparedness and affective planning are needed in order to eliminate the impacts of a natural disaster. Warning systems, safe buildings and well-established aid service can contribute to come through an extreme natural event and recover as quickly as possible from its consequences. 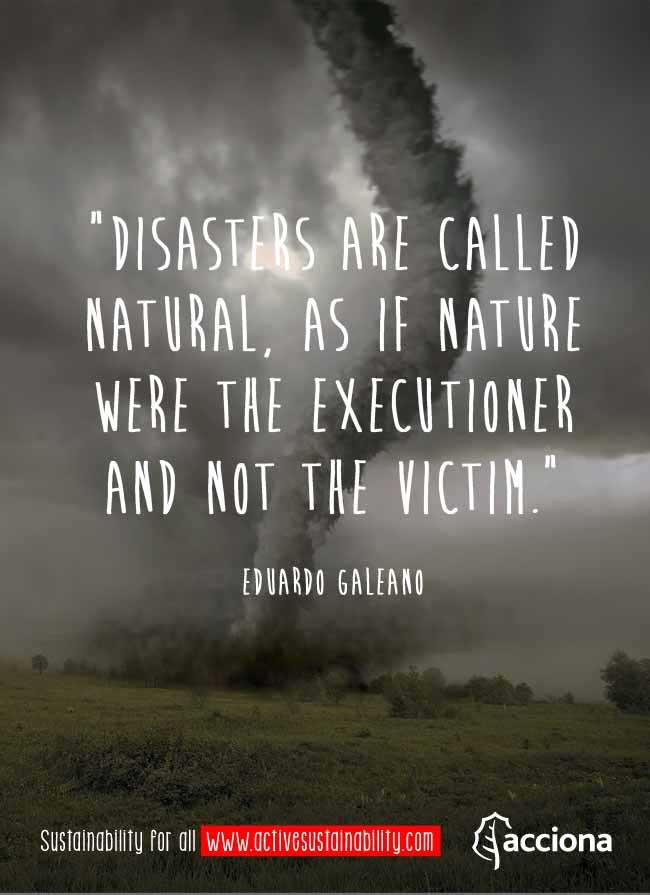 According to the recent report published by the International Monetary Fund (IMF), climate change continues to affect different countries both in terms of frequency and severity. The following diagram presents the increasing number of natural disasters recorded annually over the last 30 years.

Building resilience is about helping communities face and recovers from disasters, with the focus on tackling the root causes rather than dealing with the consequences. But what does actually mean by talking about resilience?

What is resilience and what are the main steps?

Resilience refers to the ability of individuals, societies and socio-economic communities to deal with a sudden impact of crisis or disasters, and restore as soon as possible their capacity to act. Resilience is a relatively new term which is characterised by flexibility and resistance aiming to quickly return to normal daily life after a disaster. We tend to link resilience with vulnerability, however, it can simply mean an emergent responsive situation, because the resilient scenario includes the ability to restore all functions as quickly as possible.

When it comes to resilience communities, the concept refers to the ability of a community to withstand and manage an unexpected event and it has become a key strategy at the local, state, and federal levels. People should be prepared in advanced, protected from and able to respond to before help arrives.

Building a resilience within communities

Preparation: Resilient systems must be properly developed to fight extreme events through appropriate measures and actions.

Preventions: These measures should be planned in a way to ensure that a loss does not happen in a first place.

Protection: In case a loss happens, all the protective measures should be activated and work properly in order to eliminate the negative impacts of the disaster.

Response: This stage refers to the quickness of the entire system to provide effective emergency aid to vulnerable people.

Restoration: When danger is over, the rebuilding part comes and should make sure that the lesson is learnt in order to ensure the system is better prepared for future occasions.

Below you will find a diagram which can easily help you understand the entire process, which is not static but constantly evolving and adaptive according to the circumstances:

How does the Nations and International Communities respond to the global challenges and risk management?

The Sendai Framework was adopted by the UN Member States on the 18th of March 2015 in Sendai City in Japan. The core principle of the Sendai Framework is that the State has the primary responsibility to reduce disaster risk in collaboration with other stakeholders including local authorities, organisation and the private sector.

The primary goal is

The substantial reduction of disaster risk and losses in lives, livelihoods and health and in the economic, physical, social, cultural and environmental assets of persons, businesses, communities and countries.

The Sendai Framework is the successor instrument to the Hyogo Framework for Action (HFA) 2005-2015: Building the Resilience of Nations and Communities to Disasters.

The Hyogo Framework for Action is the first plan to explain, describe and detail the work that is required from all different sectors and actors to reduce disaster losses. It was developed and agreed on with the many partners needed to reduce disaster risk - governments, international agencies, disaster experts and many others - bringing them into a common system of coordination.

Watch here the full video which explains in detail the vision

The European Union action on resilience

The European Union has made huge steps towards strengthening disaster prevention and increasing its efficiency in dealing with disasters adoption two very important mechanisms, the Disaster Risk Reduction and the Emergency Response Coordination Centre

The Disaster Risk Reduction is considered as a milestone and it includes activities like disaster management, disaster mitigation and disaster preparedness but also sustainable development.

The Emergency Response Coordination Centre (ERCC) was established by 31 to provide urgent support and quicker response to disaster inside and outside Europe. It works closely with the Member States and coordinates the EU’s disaster response efforts by sending immediate assistance to the country which seeks for help.

There will be given a special attention to the needs of the most vulnerable groups that have not been remained unfulfilled so far.