In the summer of 2021, we witnessed Western and Central Europe fall victim to extreme flooding. Germany was particularly affected, with the federal states of North Rhine-Wetsphalia and Rhineland-Palatinate suffering considerable damage. More than 180 people lost their lives as a result of this disaster. To make matters worse, the whole world was still in the middle of a pandemic, and Germany was no exception. The two crises were now intertwined. 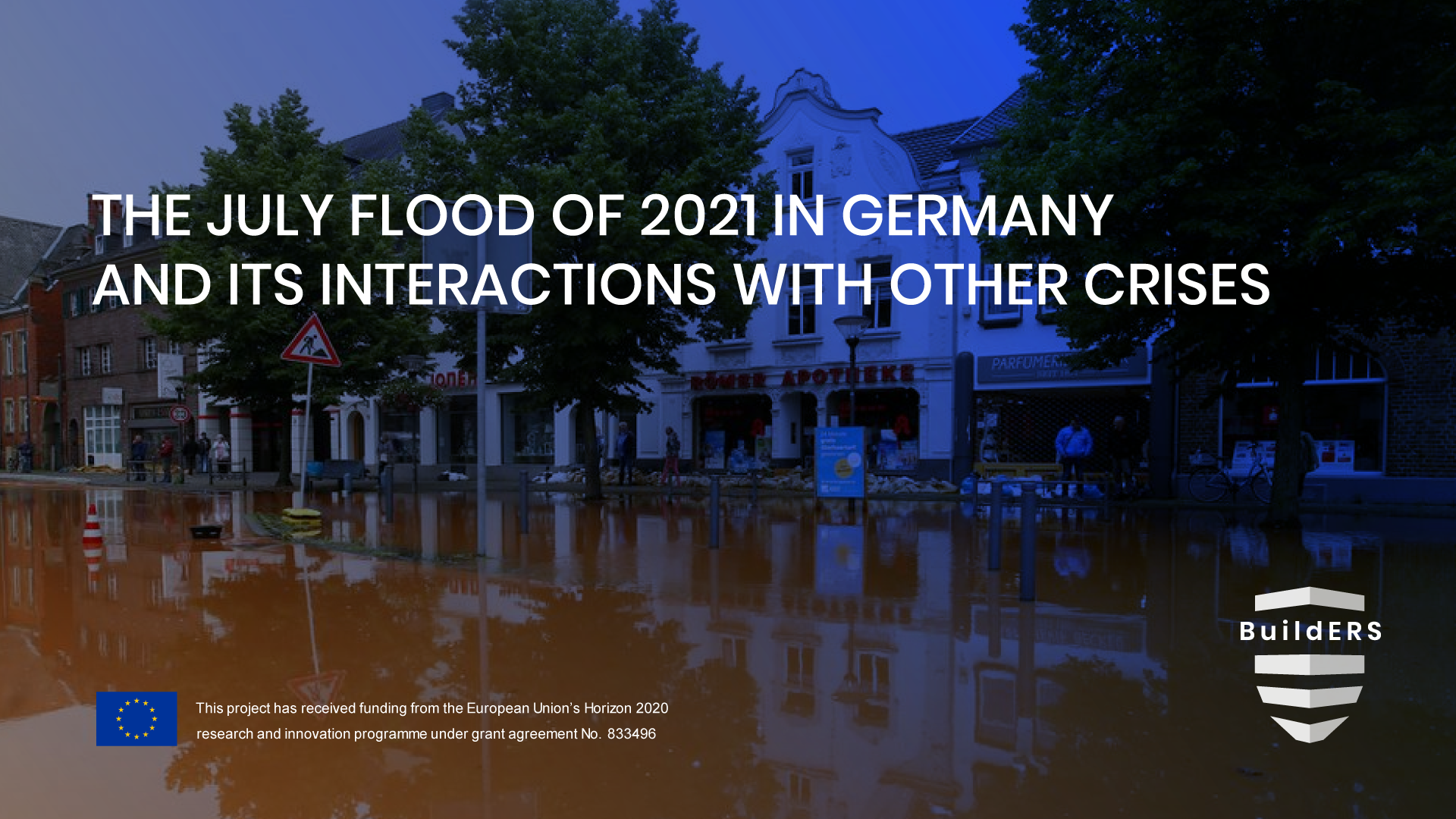 Between the 13th and the 16th July 2021 Western and Central Europe was hit by an extreme flooding event, which caused devastating damages. Within Germany, the federal states of North Rhine-Westphalia and Rhineland-Palatinate were hit particularly hard, suffering enormous loss of life, a very high number of injured people and a staggering amount of material damages. In Rhineland-Palatinate alone 133 people fell victim to the flood, with 3 people still missing at the end of September 2021. Together with victims in North Rhine Westphalia over 180 people were killed by the flood and tens of thousands were affected by the flood, be it due to physical injuries, traumatization and/or massive property loss. The flood also caused massive damage to the local infrastructure in the affected areas, interrupting communication, electricity, water supplies and railway as well as road infrastructure for prolonged times. Consequently, multiple settlements could only be reached by air for a prolonged time. In fact, multiple houses, which were not destroyed by the flood itself, still do not have any functioning heating again, thereby creating enormous challenges for their inhabitants. Overall, it is currently estimated that the flood caused over 30 billion Euro in damage in Germany alone, thereby making it much more damaging than previous floods in 2002 (4.65 billion Euro in damage) and 2013 (2.43 billion Euro) which were the focus of the German case study of BuildERS. This enormous impact together with the remarkable levels of precipitation causing the flood (in some areas 150 litres of rain per square meter fell within 24 hours), the high-water levels and the enormous runoff volumes overwhelming the rivers caused it to be a truly extreme flooding event. 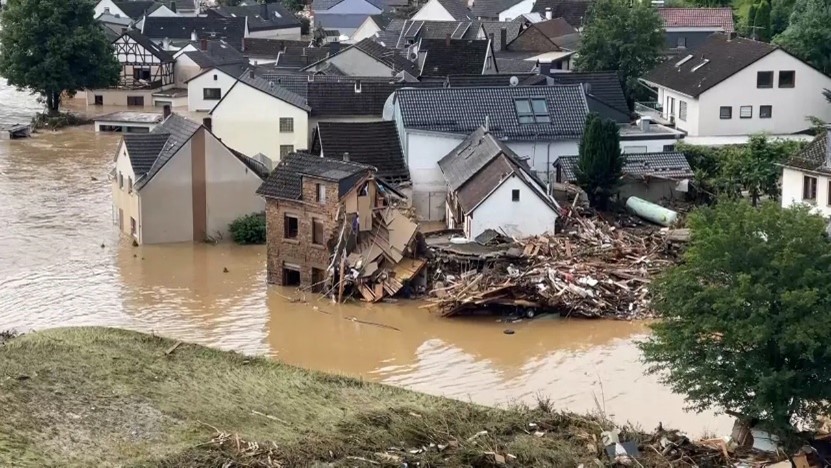 Together with other components of the critical infrastructure multiple hospitals were badly affected by the flood. Overall, five hospitals and five rehabilitation clinics had to be evacuated and were rendered, at least for some time, unusable by the floods. Due to fast development and worsening of the situation most of these hospitals had to be evacuated on short notice and often under dramatic circumstances. On multiple instances ambulances were unable to reach hospitals due to high surrounding water levels, thereby making the utilization of helicopters and unusual means of transportations, like boats of the German Life Saving Association (DLRG) and tractor-trailer combinations of local farmers, necessary. If possible, the evacuees were mostly transported to other unaffected hospitals but in some instances, people also had to hold out in improvised emergency shelters for some time.

Interactions with the COVID-19 pandemic

As it’s often the case, the widespread destruction caused by the flood sparked fears of widespread diseases, particularly due to the destruction of wastewater treatment facilities and the disrupted local health infrastructure in many affected communities. While such fears are common and well founded after most disasters, the floods of 2021 received a particular  urgency regarding such concerns due to the still ongoing COVID-19 pandemic.  The tremendous impact of the flood made it unfeasible for most of the affected people and the helpers arriving in the affected regions to pay the same attention to hygiene measures as would have been done under normal circumstances. While this situation would already be problematic during the day-to-day life in the affected areas, it is also doubtful that during the evacuation of the affected hospitals all required hygiene measures could be followed, thereby creating the potential for COVID-19 to further spread among the evacuated people. This situation in turn caused experts to fear potential super spreader events in the already suffering areas. Not only the flooding itself lead to vulnerable situations, the measures taken (for example evacuation) created new situations that lead to new vulnerabilities. Additionally, the disaster also caused critical medication shortages for some people dependent on them, due to the destruction of storage facilities and transportation infrastructure. You can learn more about how disasters increase and create vulnerability and how measures taken can create new vulnerabilities based on the German Case study of BuildERS. Within it the Floods of 2002, 2007 and 2013, as well as the still ongoing COVID-19 pandemic, were closely investigated regarding their effect on vulnerability creating situational challenges. In addition, factors and personal characteristics which could potentially help people to develop resilience against such challenges were also evaluated. Finally, recommendations for policy as well as organizational innovations which could help to reduce vulnerabilities and increase resilience were developed. A short summary of the key findings of the Case Study can be found here.

Consequently, the flood of 2021 also serves as a prime example for the potential intersectionality of vulnerabilities. Additionally, the parallel occurrence of Covid-19 and the flood demonstrate the possibility of two disasters to reinforce and worsen their impact on people and society by complicating vulnerability creating situations and making it harder for the affected people to build up resilience. This in turn demonstrates the great importance of understanding the causes for vulnerabilities associated with challenges encountered in different disasters and to develop innovative approaches to prevent and overcame them, thereby enabling people to be resilient against even multiple disasters occurring in parallel.