COVID-19 and the BuildERS Project: taking stock and looking forward

Less than one year after the start of the BuildERS project, the corona virus emerged in China in December 2019 and quickly spread across the world. All countries are now affected and our societies are undergoing major changes. We are moving towards a ‘new normal’, not only in the weeks and months ahead but also in the years to come. From the way we move and interact socially, to our views on solidarity and the welfare state, key questions are currently in flux. 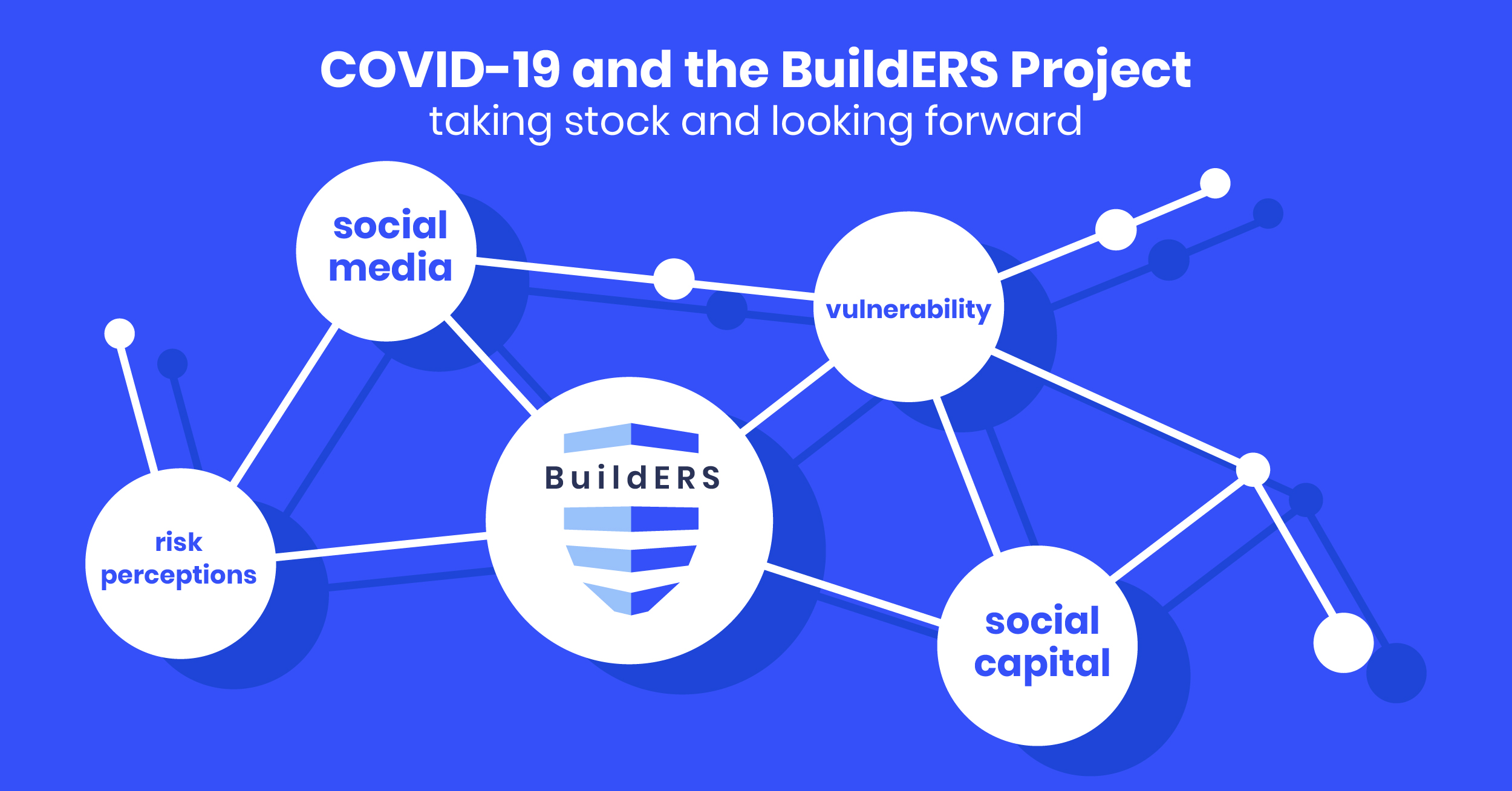 As the COVID-19 pandemic took hold, conversations within BuildERS centred on three issues. First, we focused on the individuals tragically affected by the virus, both in the consortium and across the world. We took stock of partners’ situations and well-being in the first consortium meeting after the outbreak. Several partners have close friends and family affected. Second, we considered how to carry on the work of BuildERS under new restrictions. Most physical meetings, along with review meetings, conferences and expositions, were cancelled either by us or the respective organisers (some moved to on-line form). Field work was put on hold because of social distancing requirements. And all consortium interactions were moved to email, telephone, or to the Microsoft Teams platform, used since the start of the project.

Beyond practical responses, we must consider the impact of COVID-19 on the intellectual agendas of the BuildERS project. Not only does the consortium’s existing findings and insights bear relevance to the current pandemic, but our future research also needs to take new questions into account. The following discussion examines those two dimensions – past insights and future agendas – in considering the main concepts that constitute the BuildERS approach. We should note here that our discussion of future agendas is preliminary at best. It depends on further elaboration within the consortium and awaits additional empirical evidence.

The BuildERS project starts from the premise that building social capital improves the response capacity of local communities, and that social capital underpins societal resilience (Deliverable 1.1). From that starting point, emphasis is placed on local populations’ vulnerabilities (Deliverable 1.3), risk perceptions, and how social media interacts – favourably or unfavourably – with these conditions during crisis situations (Deliverables 2.2 and 2.3). We take each component of approach, in turn, below.

Social capital. This central concept in our work is defined as the groups, networks, norms and trust that people have available to solve common problems. In the COVID-19 pandemic, social capital has proven critical to understanding how societies react to shutdowns, for instance. Our initial assessment suggests two kinds of social capital are revealed by European responses to the pandemic. In some countries, social capital stems from one’s immediate environment – family and local communities. In those countries, citizens look for local advice and may distrust national guidelines. This can explain why some central governments have turned to strict and mandatory social isolation measures – to get the measure through. In other countries, social capital is tied more directly (if not totally) to society and government at large. Those countries may have been more willing to issue rather complex but less draconian rules. More evidence is needed – and is indeed crucial – to understand how the ingredients of social capital and social capital itself shaped response to COVID-19.

Vulnerability. Much of the early work of the BuildERS consortium studied countries’ treatment of vulnerable populations. Vulnerability can be defined as the situational capacity of individuals or groups to access resources and means of protection to anticipate, cope with, resist, and recover from the impact of natural or man-made hazards. Our initial findings suggested that most European countries do not target vulnerable populations, specifically, in their crisis management plans or their crisis communication protocols (Deliverable 2.3). National and regional approaches tend, with only some exceptions, to focus on the entire population to the detriment of groups such as non-native language speakers, the elderly, or those who are functionally challenged. We did note, however, that countries are beginning to recognise how such groups are ‘left behind’ when not considered in national strategies. In the case of COVID-19, the virus itself left the elderly as an obvious risk group requiring special attention. Early evidence shows that most countries customised their corona virus planning for those groups. Yet additional vulnerable populations have emerged, too. These include health care workers and other ‘essential personnel’ on the front lines of the pandemic response. They also include migrant populations and some ethnic minorities, which in some countries have been blamed for the outbreak.

While most recognised the severity of the corona virus, and the speed at which it can spread, a narrative emerged that younger populations could weather the virus with few problems. Authorities combated that narrative by reminding people that carrying the virus and spreading it further, even if not suffering personally, would impact the elderly and society at large. Other narratives similarly played down the severity of the virus, suggesting that catching the virus intentionally would benefit a ‘herd immunity’ strategy. Thus, risk perceptions varied considerably across Europe, even though the threat agent was relatively clear.

Social media. Our existing research within the BuildERS consortium reveals that social media campaigns during disasters and crises in Europe vary considerably, with some governments more engaged than others. In most of our study countries, social media campaigns interacted with disinformation or misinformation campaigns by third actors (e.g. foreign ‘trolls’ or unhappy activist citizens). This complicated crisis communication strategies considerably (Deliverables D1.4 and D2.3). As hinted above, risk and crisis communication has been crucial during the COVID-19 pandemic, in order to clear up misconceptions and emerging narratives that conflict with government policy. We note that the incremental pace of governmental policy, combined with uncertainty regarding how to respond to COVID-19, opened a space for competing narratives that unfolded on social media. The consortium looks forward to collecting additional data on these dynamics in the upcoming months.

By way of closing, we turn our attention to the key concept of resilience. Social capital – the central concept of this project – underpins resilience, which can be defined as the process of patterned adjustment and adaptation enacted in the face of risks, crises and disasters. Resilience needs to be built in all phases of the crisis management cycle to make individuals, groups and societies more robust in facing future risks, crises and disasters. As the young Swedish activist Greta Thunberg put it, COVID-19 has revealed a systemic lack of resilience in societies across the world. The BuildERS consortium will need to study two aspects of resilience that relates to the current pandemic. The first is short-term, and concerns how societies adapted and what lessons can be learned from COVID-19 when the next crises hits. The second is longer-term, and relates to how societies in general will need to adapt and adjust to the ‘new normal’ that affects not only crisis management but the organisation of society as a whole. What that future will look like – new guidelines for movement, new instincts regarding border control, new opinions on social welfare systems, new challenges for preparation – is currently unknown. The extent to which societies will adapt, and how much social friction and political discontent that might bring, is a key part of the resilience discussion. The BuildERS consortium looks forward to delving into those critical issues, necessitated by the unfortunate but very real onset of the COVID-19 pandemic.